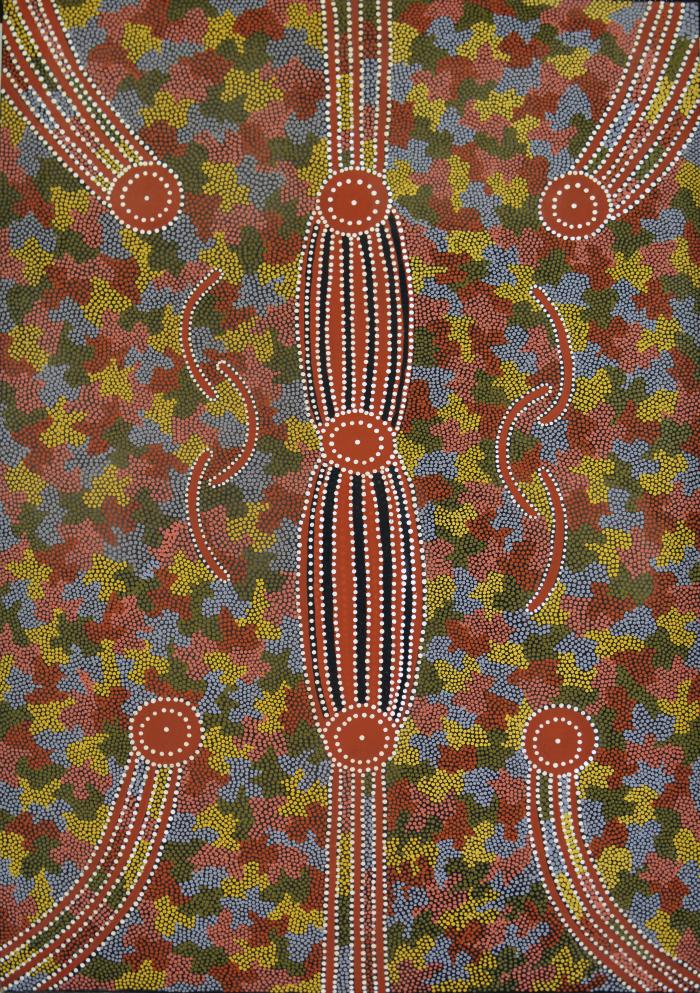 Seven red circles, three on top, three on the bottom, and one in the middle

This painting depicts women involved in one of their dancing ceremonies. Dick Brown represents the women's dancing story in recognition of their role in the dessert aboriginal's society. The concentric circles are the focal points of the dancing and the lines in the circles are the trace left by the woman dragging their feet in the sand. the lines in the corners represent the belts the women wear around their ankles, waists, wrists, and necks during the dancing. they are made from human hair with various native cottons and feathers attached. the singular curved lines in the center are the wind breaks built by the women around their campsites at the dancing places.