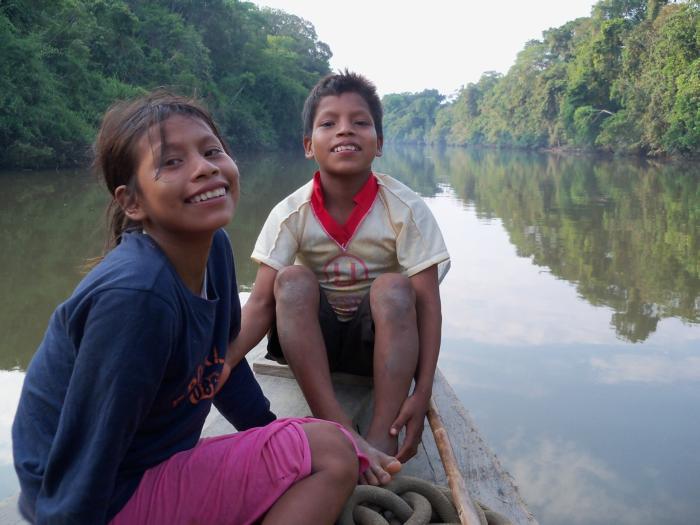 A young girl and boy smiling, on a boat in the middle of a river.

"These Maijuna children and their tribe face a very uncertain future as a large road project is planned for their native lands. The loss of indigenous language and knowledge is a huge problem in the Amazon. Researchers and conservationists rely on indigenous people of the region in order to understand their natural world, and why humans use this world and its biodiversity the way they do." - Jim Penn

The Peruvian Amazon (Spanish: Amazonía del Perú) is the area of the Amazon rainforest included within the country of Peru, from east of the Andes to the borders with Ecuador, Colombia, Brazil and Bolivia. This region comprises 60% of the country and is marked by a large degree of biodiversity. Peru has the second-largest portion of the Amazon rainforest after the Brazilian Amazon.