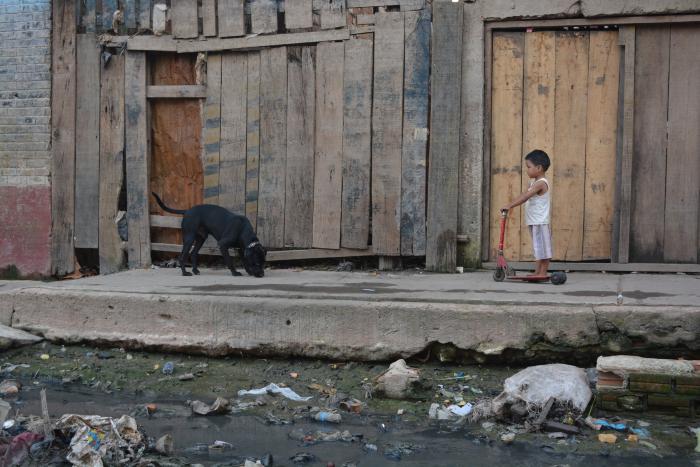 A little boy with a scooter stands looking at a black dog sniffing the ground.

Here, a child on his scooter faces an unknown dog on the sidewalk out sniffing around the slum. Neither of them wants to move past the other by entering the wet and filthy street below.

The Peruvian Amazon (Spanish: Amazonía del Perú) is the area of the Amazon rainforest included within the country of Peru, from east of the Andes to the borders with Ecuador, Colombia, Brazil and Bolivia. This region comprises 60% of the country and is marked by a large degree of biodiversity. Peru has the second-largest portion of the Amazon rainforest after the Brazilian Amazon.