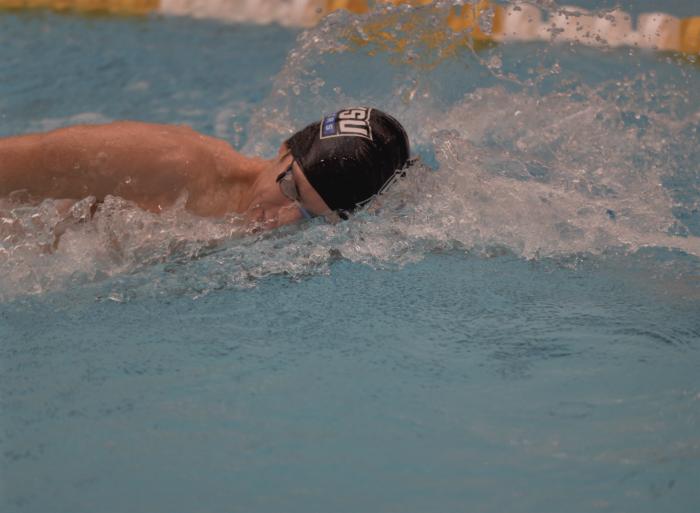 Gift of Gwen and John Hibbard

Side of a male swimming

Swimming may refer to: