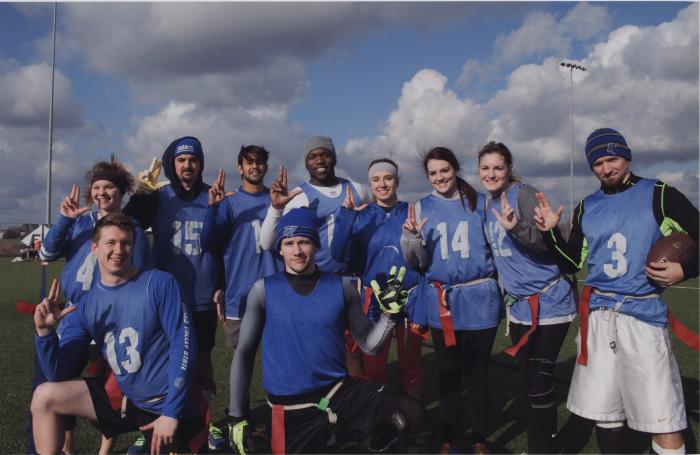 10 people in blue jerseys and flag football belts, pose for the camera with a hand gesture

Students represented GVSU at a regional tournament hosted by Campus Recreation, taking place on Fields 4 and 5.