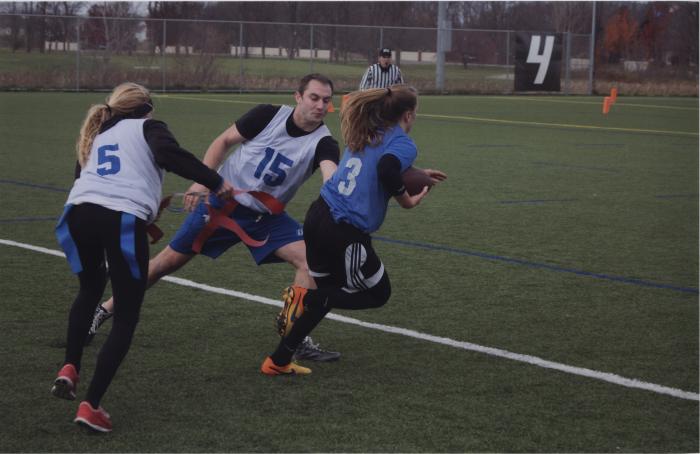 three people in a game of flag football, a girl in a blue jersey holds the ball and runs from a guy and a girl from the other team

Athletics may refer to: