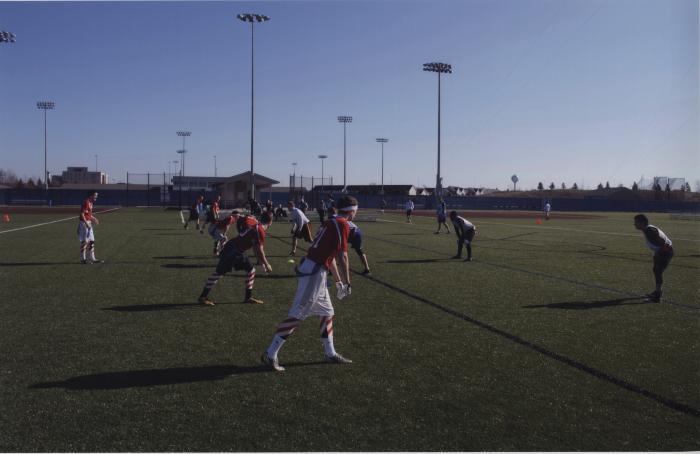 two teams lined up facing each other on a field