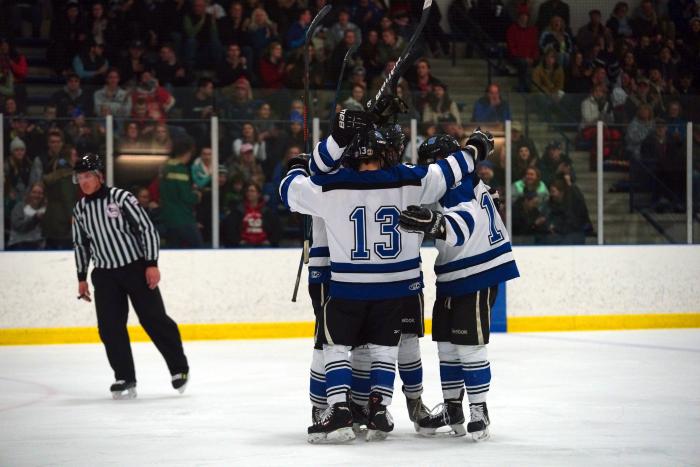 Four hockey players grouped on the ice, a referee skating by on left

Hockey is a family of sports in which two teams play against each other by trying to maneuver a ball or a puck into the opponent's goal using a hockey stick. In many areas, one sport (typically field hockey or ice hockey) is generally referred to simply as "hockey".