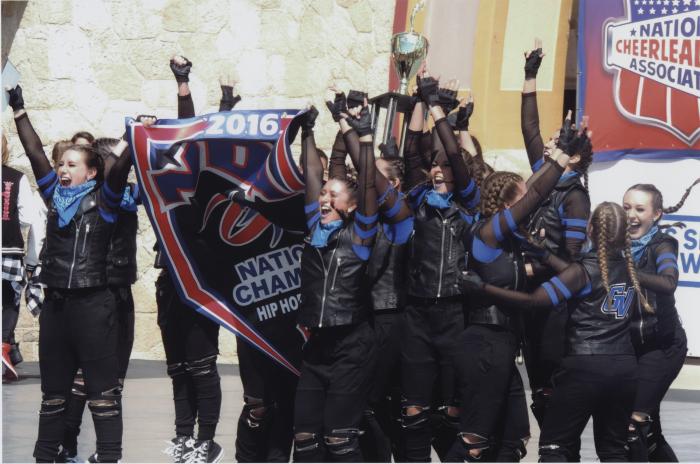 The Work Was Worth It

The Laker Dance Team wins their first ever back to back title becoming four time National Champions at NDA Nationals in Daytona, Florida

Competitive dance is a popular, widespread sport in which competitors perform dances in any of several permitted dance styles—such as acro, ballet, jazz, hip-hop, lyrical, modern, and tap—before a common group of judges. This is in contrast with other activities that involve competition among dancers based on purpose, or specific dance style, such as pom squad and dancesport. The competitive dance industry largely consists of competition production companies—also sometimes called dance competition companies and dance competition lines—that conduct regional competitions at stops along their annual, nationwide tours. Dancers who compete at these regional competitions are students ranging in age from approximately four to eighteen years old. Dance schools (often referred to as dance studios) arrange for their classes to compete as groups. Advanced dancers may be chosen to compete solos, duets, trios, or in a small group dance in addition to or in place of large group routines. Competitions typically begin in January and end in July or August.

Competitive dancers must be physically fit because even short dances can be physically demanding. Dancers must continuously train to maintain and improve their technique, balance skills, strength and flexibility. Except for holidays and short breaks during the summer, competitive dancing is typically a year-round activity: dancers attend classes during competition season, to refine their competitive routines, and during off-season to prepare for the next upcoming competition season.