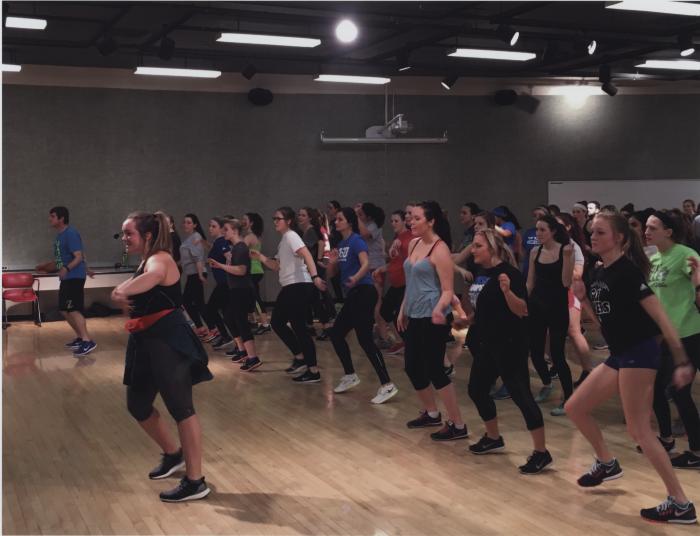 Zumba is a dance fitness program created by Colombian dancer and choreographer Alberto "Beto" Perez during the 1990s. Zumba is a trademark owned by Zumba Fitness, LLC. The Brazilian pop singer Claudia Leitte has become the international ambassador to Zumba Fitness.

Physical fitness is a general state of health and well-being and, more specifically, the ability to perform aspects of sports, occupations and daily activities. Physical fitness is generally achieved through proper nutrition, moderate-vigorous physical exercise, and sufficient rest.

Before the industrial revolution, fitness was defined as the capacity to carry out the day’s activities without undue fatigue. However, with automation and changes in lifestyles physical fitness is now considered a measure of the body's ability to function efficiently and effectively in work and leisure activities, to be healthy, to resist hypokinetic diseases, and to meet emergency situations.