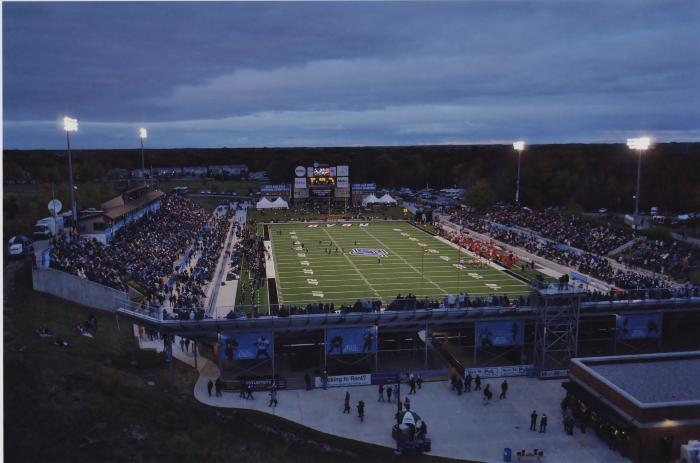 Photo produced by a drone

Lubbers Stadium, or Arend D. Lubbers Stadium, is a stadium on the Grand Valley State University's main campus in Allendale, Michigan, USA. The stadium was named after former university president Arend Lubbers. It is primarily used for American football, and is the home field of the Grand Valley State Lakers. "Lakers Stadium" - as it was originally known - was constructed in 1972, and opened in 1973. It now officially seats 10,444 people - though it almost always holds thousands more fans. The stadium is also home to a football weight training facility.