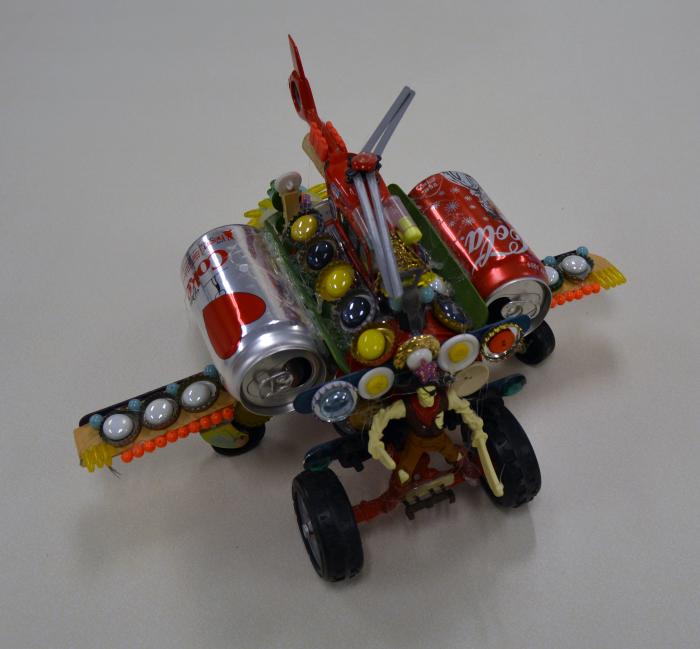 An airplane, created out of the frame of a toy car and pop cans, has a helicopter on top and a pirate attached to the front.