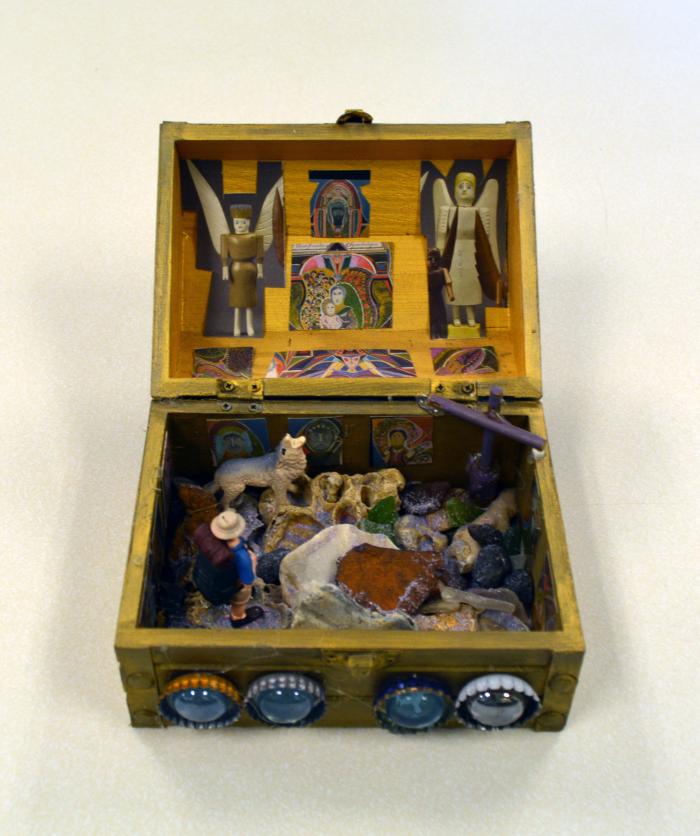 A gold treasure chest open with a scene representing a pilgrimage inside. The cover has pictures of various religious iconography. In the chest is a man approaching a purple cross with a wolf howling nearby.