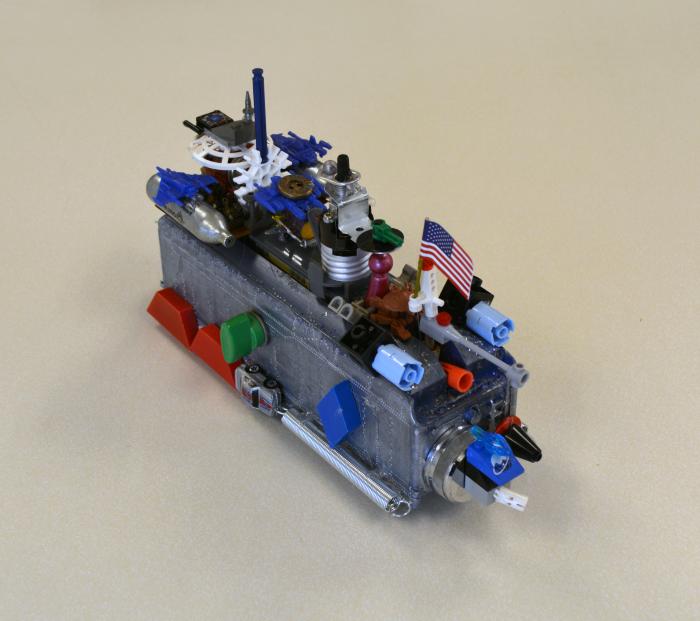 A train equipped with weapons made from various toys and other household objects.