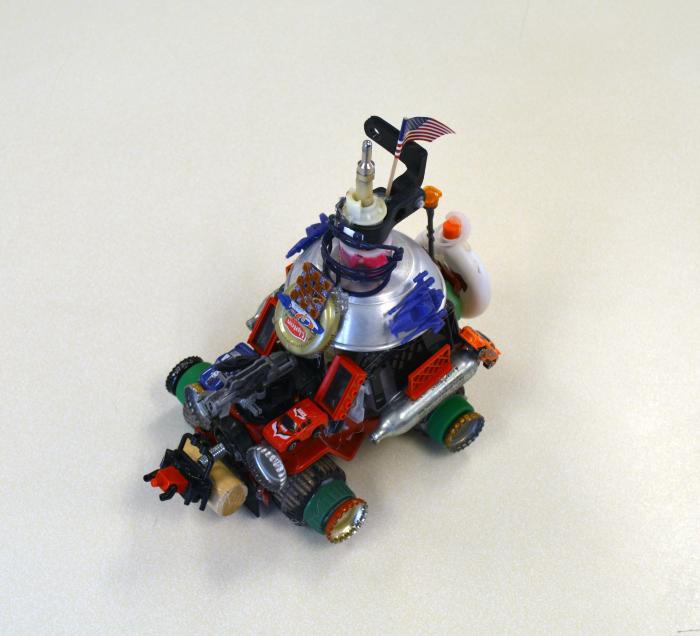 An armored car made out of various toys and bottle caps. A plastic disk is attached to the trunk with a bulldog's face saying "just do it".