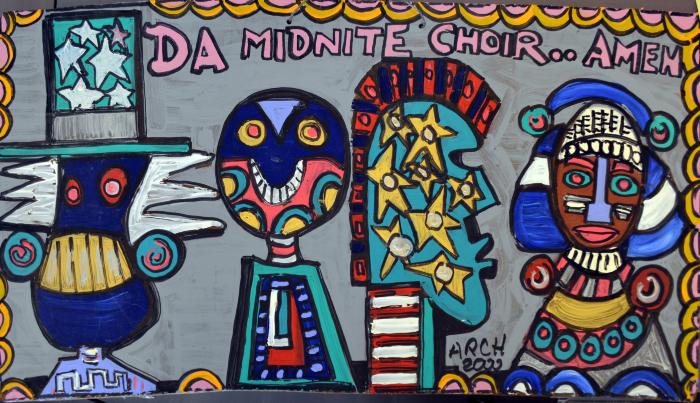 Four people with various patterns on their clothes and hats stand in a line. The third man (from the left) with a mohawk is depicted from the side.