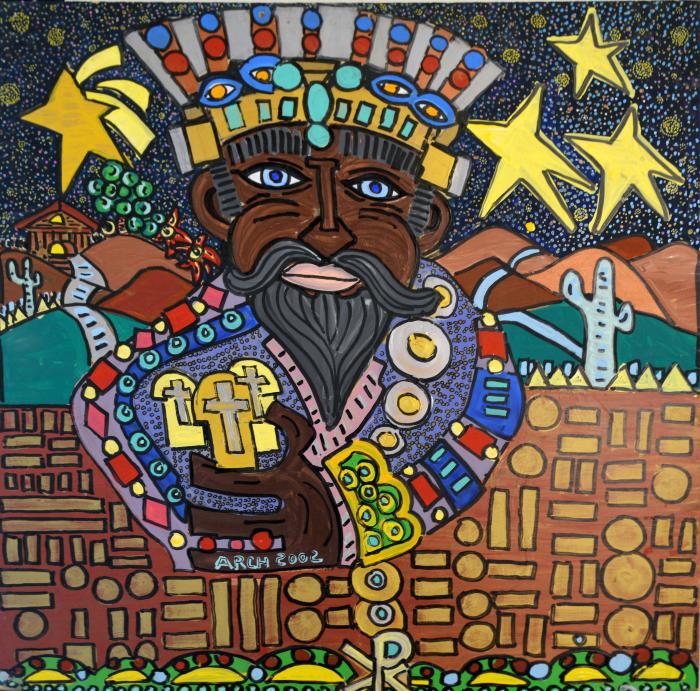 Painting depicted a religious man with a crown holding three crosses in his hand. The nighttime scene has large stars in the sky and a house on the horizon.