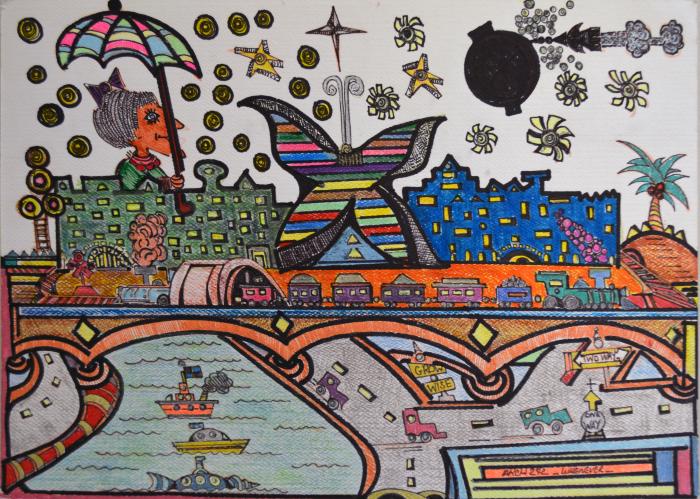 A city scene is depicted with boats, trains, and cars busy traveling around. A girl with a purple bow and an umbrella stands above the cityscape facing a large butterfly depicted in the middle of the artwork.