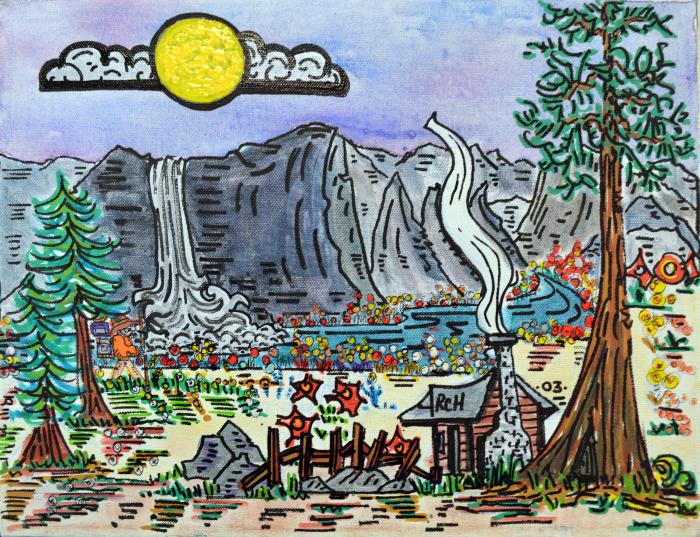 Painting depicting a nature scene. A waterfall cascades down into a lake in the background. A secluded cabin resides underneath a tall tree.

This piece was named after Rick Schaafsma's grandson, Merrick Seven Schaafsma Rick Schaafsma is a retired police officer who served on the streets of Grand Rapids from the late 60s through the mid-90s. Using the pen name "ARCH" taken from his high-arched basketball shot, Schaafsma draws a range of fanciful figures, including his "CopToons” with the hope that children will look at police officers in a positive light beginning at an early age. “I always looked at it when I was a police officer: I may not be able to change a lot of things I may not be able to do a lot of things but I can chip away at it and make some improvements when I’m on my beat, when I interact with people” In addition to his art, Schaafsma works with Seeds of Promise, a non-profit with a mission to empower people to increase their prosperity through improving the neighborhoods they live in.