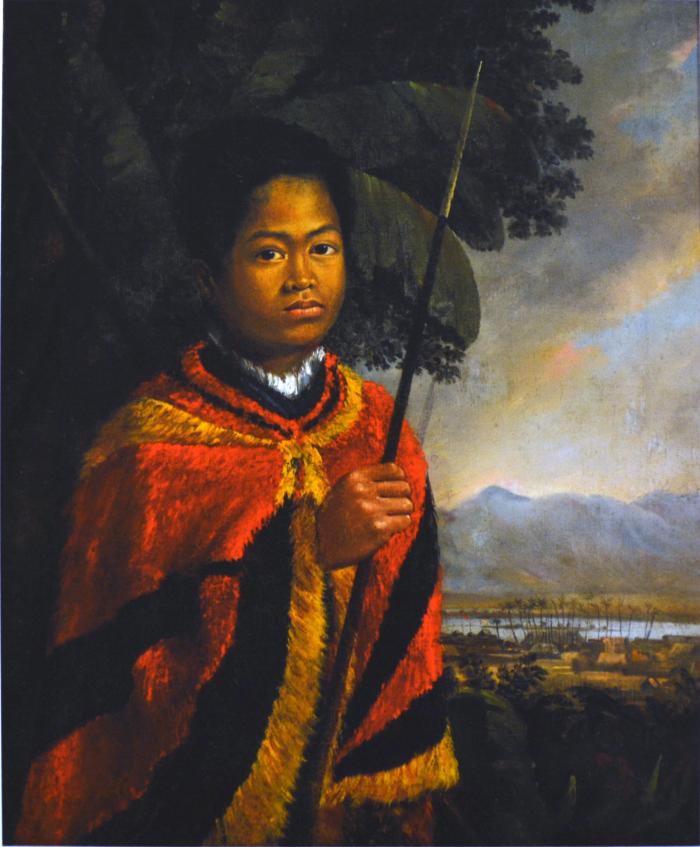 A young boy draped in a bright red, yellow, and black cape holds a spear overlooking a village in the background.

Handcrafted of plant fiber and rare feathers from endemic birds of the islands, the feather work provided spiritual protection to Hawaiian chiefs (ali'i), proclaiming their identity and status. For centuries, Hawaiian bird catchers gathered select feathers from vibrantly colored honeycreepers and honeyeaters that lived in the native forests, to be made into spectacular garments and adornments that represented the power of Hawaiian royalty. Symbols of the status of Hawaii's monarchs at home and abroad, these vibrantly colored treasures of the Hawaiian people endure today as masterpieces of the unparalleled artistry, technical skill, cultural pride.

Under his reign Hawaii evolved from an absolute monarchy to a Christian constitutional monarchy with the signing of both the 1840 Constitution and 1852 Constitution. He was the longest reigning monarch in the history of the Kingdom, ruling for 29 years and 192 days, although in the early part of his reign he was under a regency by Queen Kaʻahumanu and later by Kaʻahumanu II. His goal was the careful balancing of modernization by adopting Western ways, while keeping his nation intact.