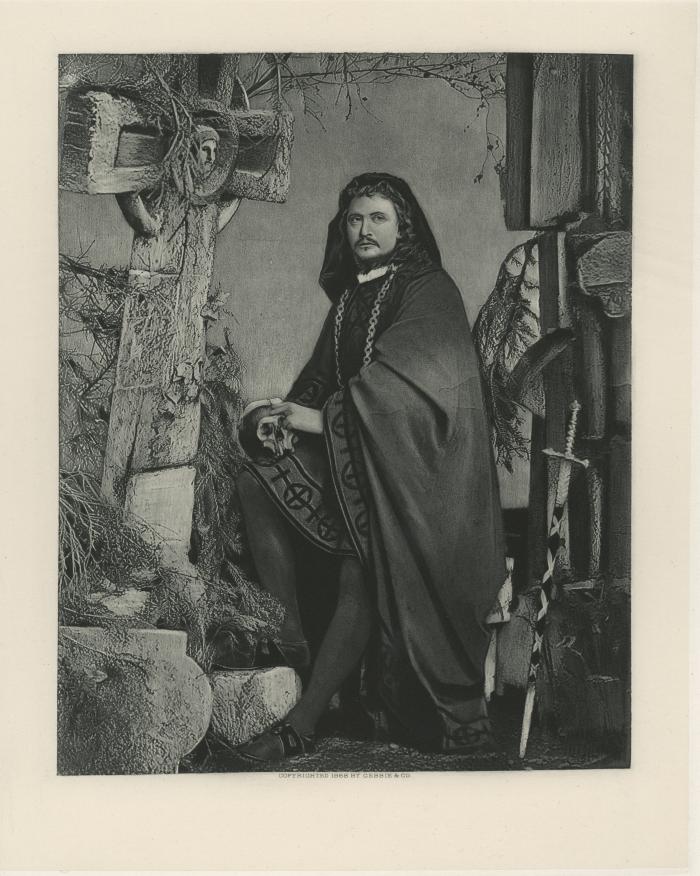 Black and white print of a man in a dark hooded robe, sitting holding a skull on his lap in a graveyard.

The Tragedy of Hamlet, Prince of Denmark, often shortened to Hamlet, is a tragedy written by William Shakespeare. Set in Denmark, the play dramatises the revenge Prince Hamlet is called to wreak upon his uncle, Claudius, by the ghost of Hamlet's father, King Hamlet. Claudius had murdered his own brother and seized the throne, also marrying his deceased brother's widow.