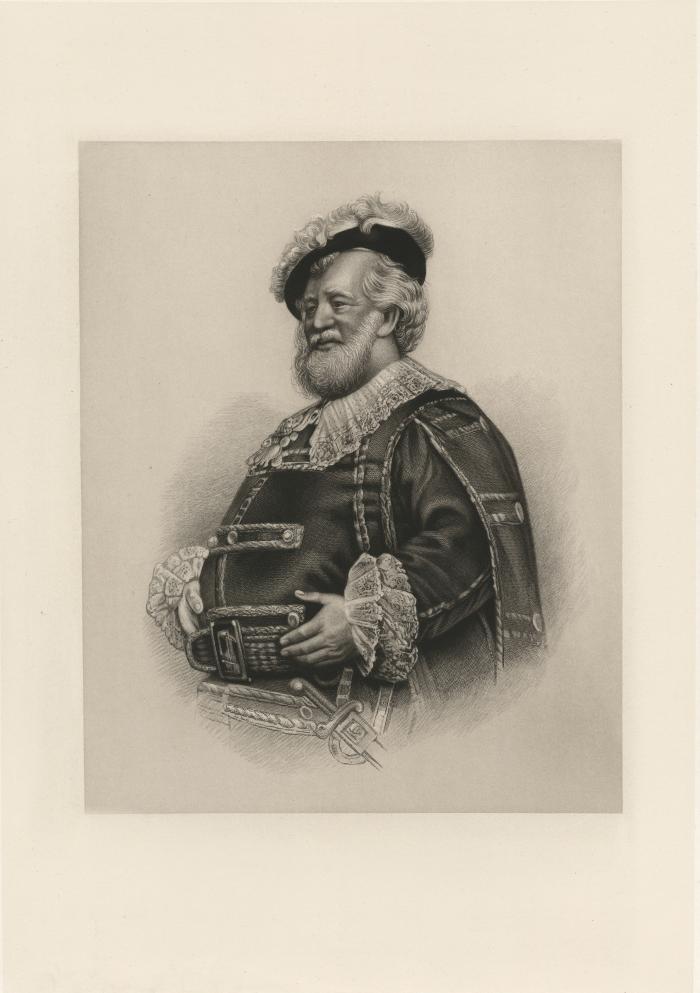 Black and white print of a round man with a white curly beard with a feather hat and frill color, both hands resting on his stomach. From "Merry Wives of Windsor", Act II Scene II.

Sir John Falstaff is a fictional character who is mentioned in five plays by William Shakespeare and appears on stage in three of them. Though primarily a comic figure, Falstaff still embodies a kind of depth common to Shakespeare's major characters. A fat, vain, boastful, and cowardly knight, he spends most of his time drinking at the Boar's Head Inn with petty criminals, living on stolen or borrowed money. Falstaff leads the apparently wayward Prince Hal into trouble, and is ultimately repudiated after Hal becomes king. Falstaff has since appeared in other media, notably in operas by Giuseppe Verdi, Ralph Vaughan Williams and Otto Nicolai and the Orson Welles' 1966 film Chimes at Midnight. The operas focus on his role in The Merry Wives of Windsor, while the film adapts from the Henriad and The Merry Wives.