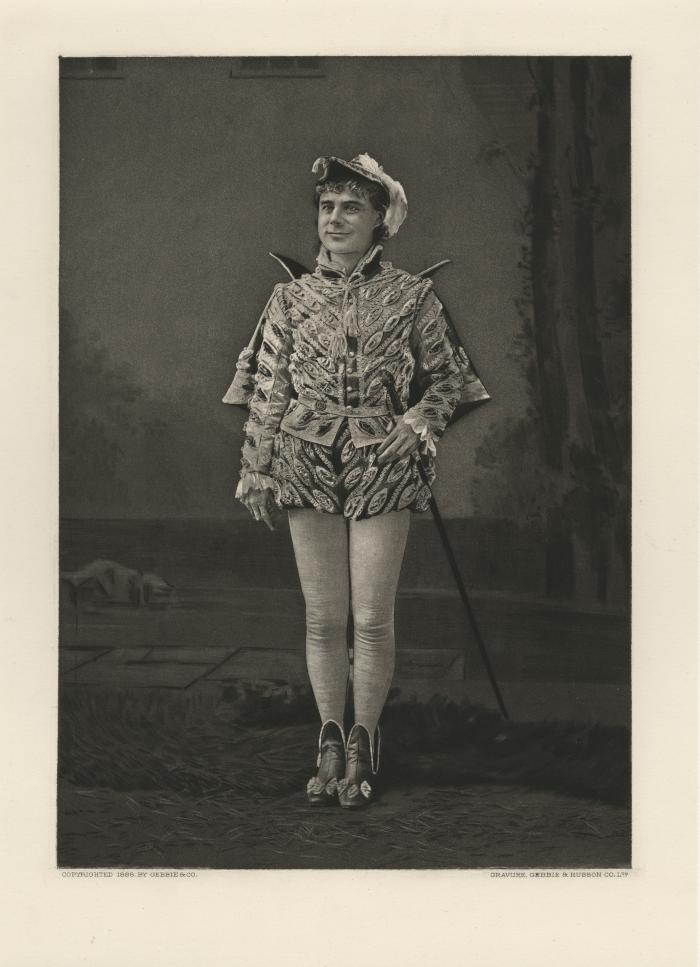 Black and white print of a young man standing very straight with a paisley jacket and a feathered hat. He is also holding a cane. From Act I Scene I.

The Merry Wives of Windsor is a comedy by William Shakespeare. The Windsor of the play's title is a reference to the town of Windsor, also the location of Windsor Castle, in Berkshire, England. It features the character Sir John Falstaff, the knight who had previously been featured in Henry IV, Part 1 and Part 2. It has been adapted for the opera on several occasions.