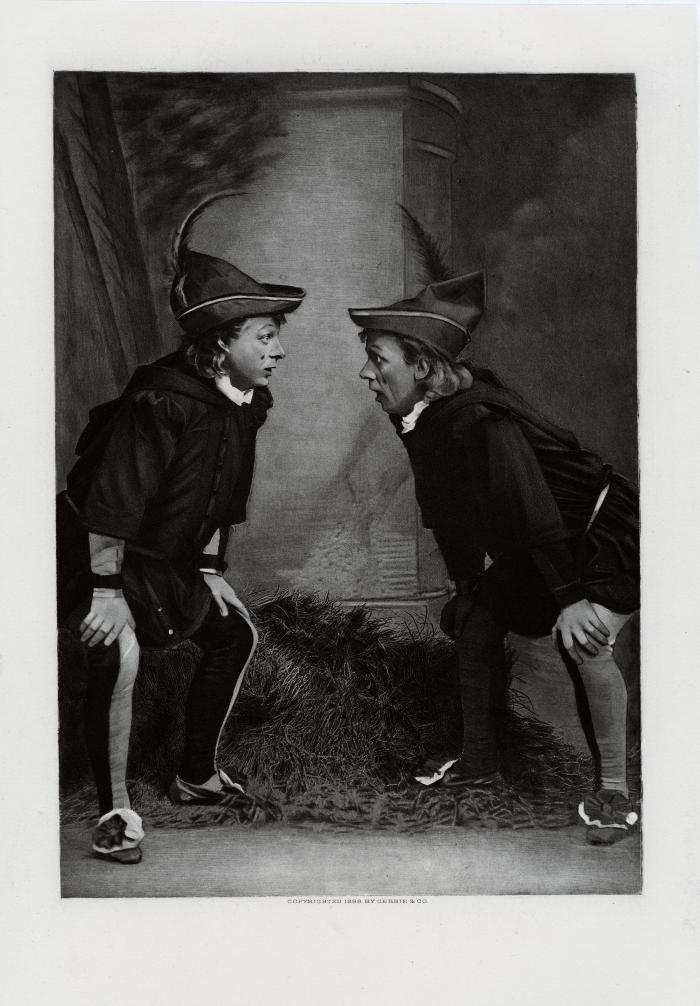 Black and white print of two men squatting, looking at each other with shocked faces. Outside wall and hay is in the background. Act V Scene I.

he Comedy of Errors is one of William Shakespeare's early plays. It tells the story of two sets of identical twins that were accidentally separated at birth. A major part of the humor comes from slapstick and mistaken identity, in addition to puns and word play.