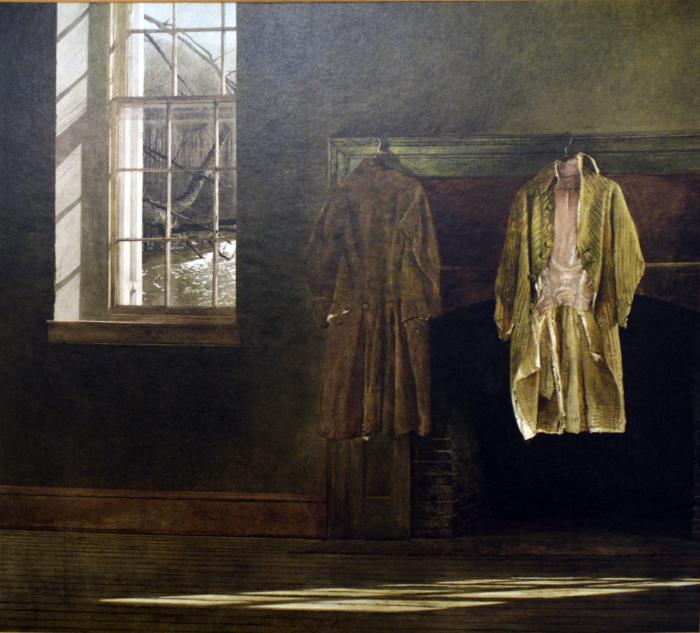 Two coats are hung from the mantle of a fireplace in an empty room.

Andrew Wyeth was a visual artist, primarily a realist painter who worked predominantly in a regionalist style. He was one of the best-known U.S. artists of the middle 20th century and was sometimes referred to as the "Painter of the People," due to his work's popularity with the American public. In his art, Wyeth's favorite subjects were the land and people around him, both in his hometown of Chadds Ford, Pennsylvania, and at his summer home in Cushing, Maine.