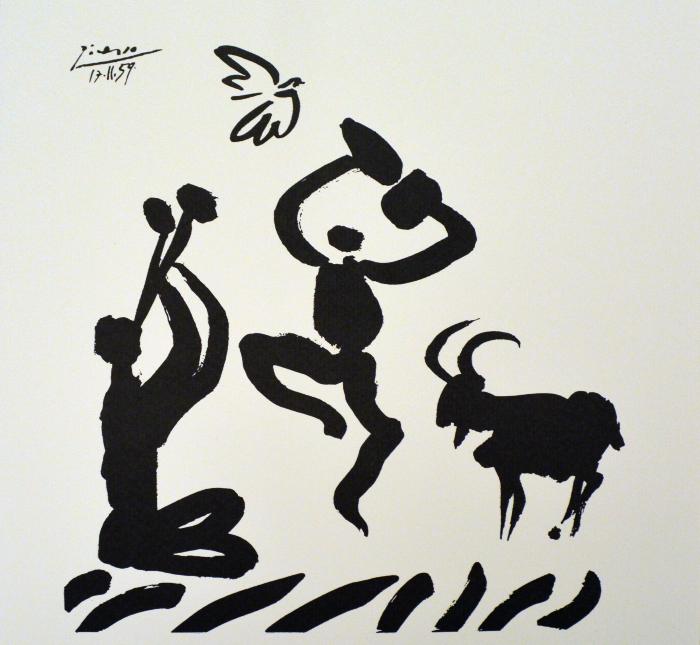 Silhouettes of two men and a goat dancing around while a bird flies overhead.

Pablo Picasso was a famous painter known largely for co-founding the Cubist movement, though he was also involved in drawing, ceramics, print making and sculpting. Picasso studied art in Madrid, Spain where he illustrated a magazine made by a roommate, depicting the impoverished people's conditions. He joined an art gallery in 1907 and shortly after became highly sought by American collectors.