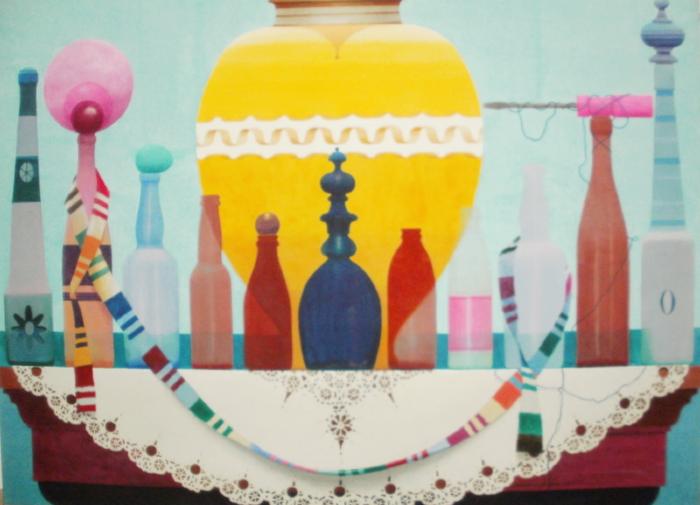 A large yellow vase with smaller different colored bottles line a table with a laced tablecloth.