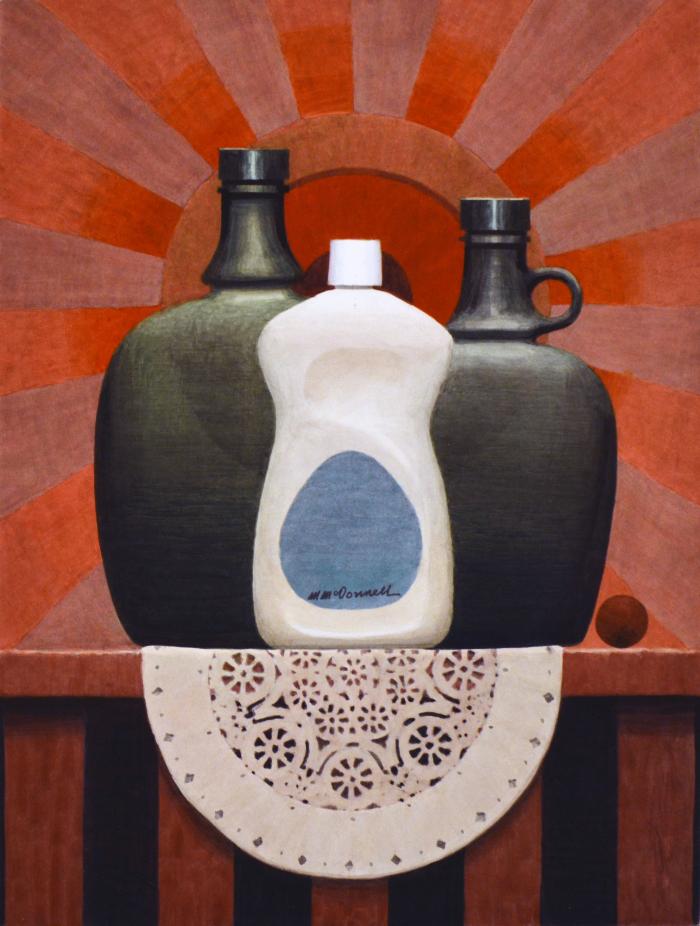 Two green bottle and white dish soap sit on a lace doily against a sunshine background.