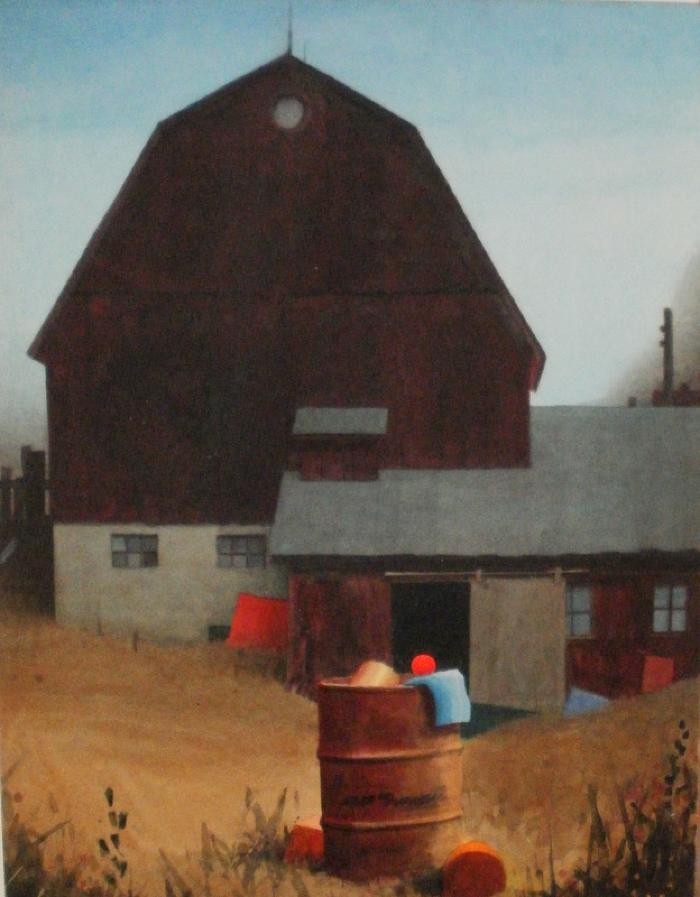 A large red barn with a metal barrel full of colorful objects in front.