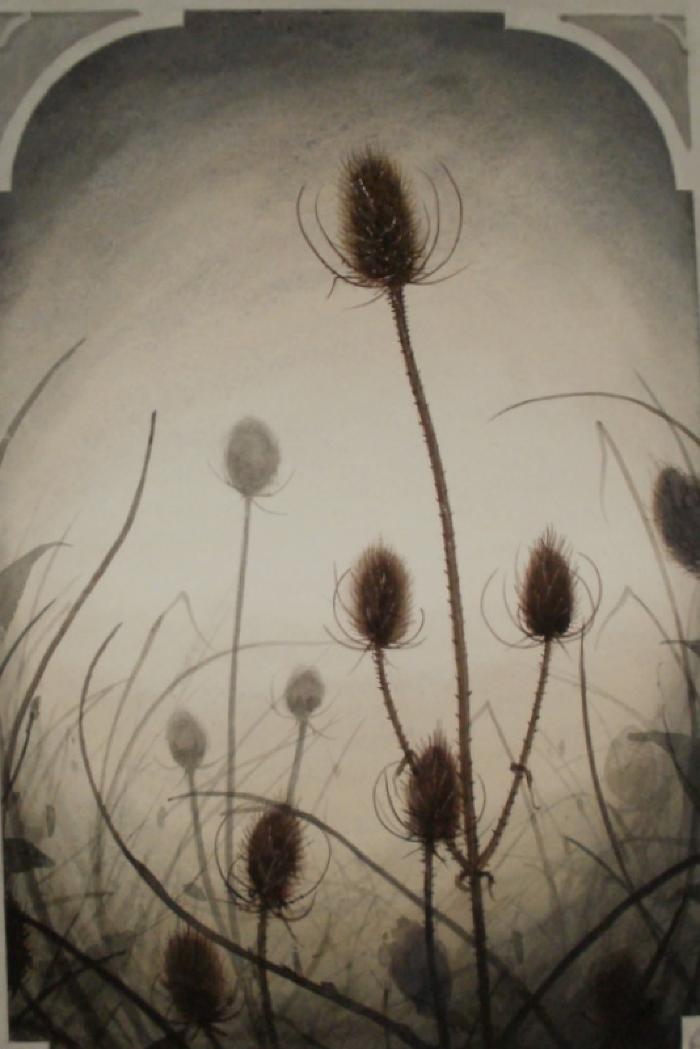 A group of teasle growing in a field against a white background.