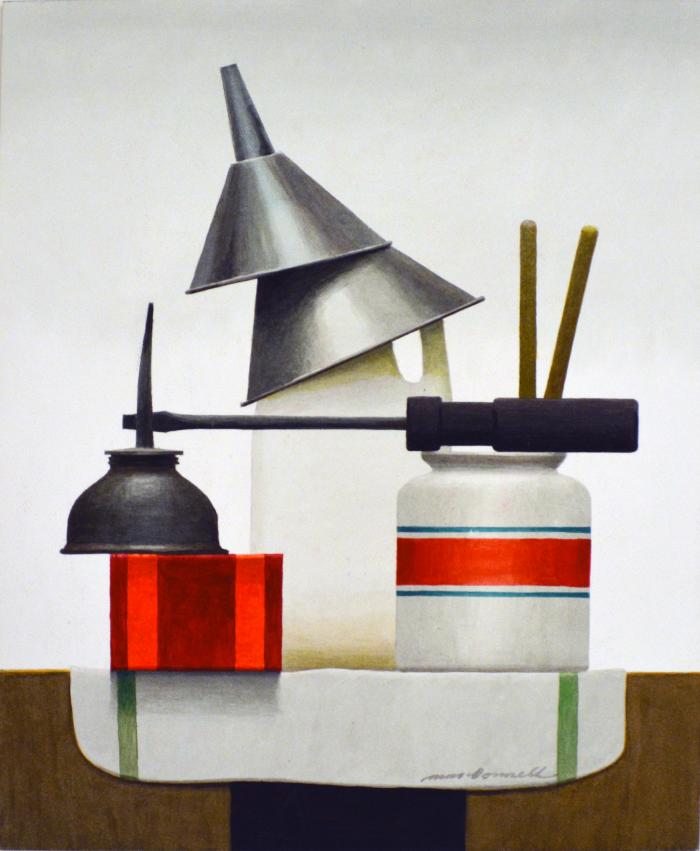 A screwdriver, metal funnels, and other household items stacked on top of a white washcloth with two green stripes.