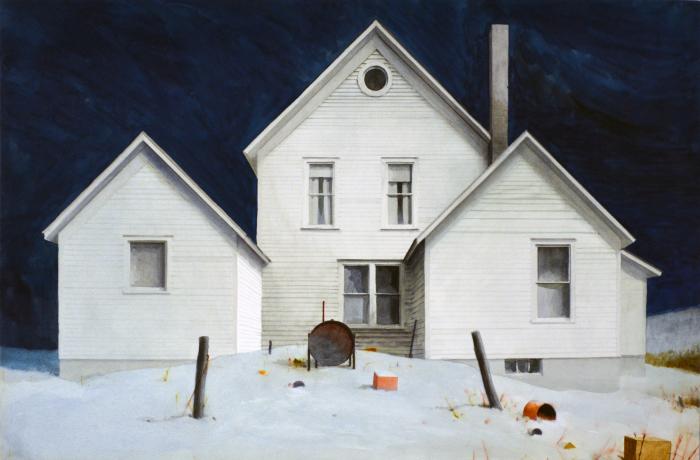 A large white house with snow on the ground outside. The sky is a dark moonlight blue.