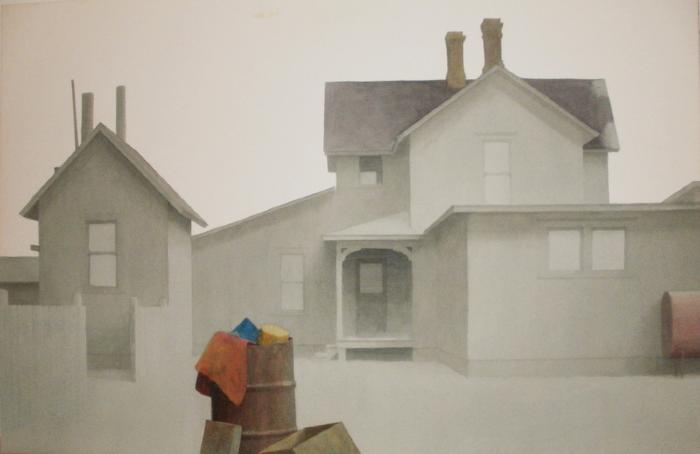 A large grey house fills the background. At the front of the piece is a metal barrel full of colored objects.