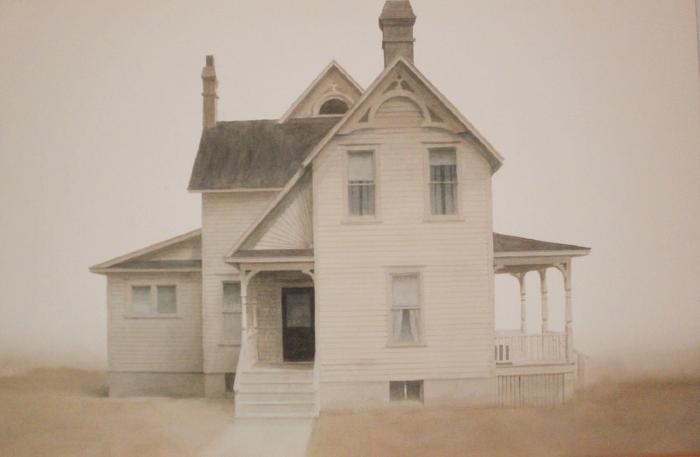 A large white house in the middle of an open field. A large porch comes off the right side of the house.