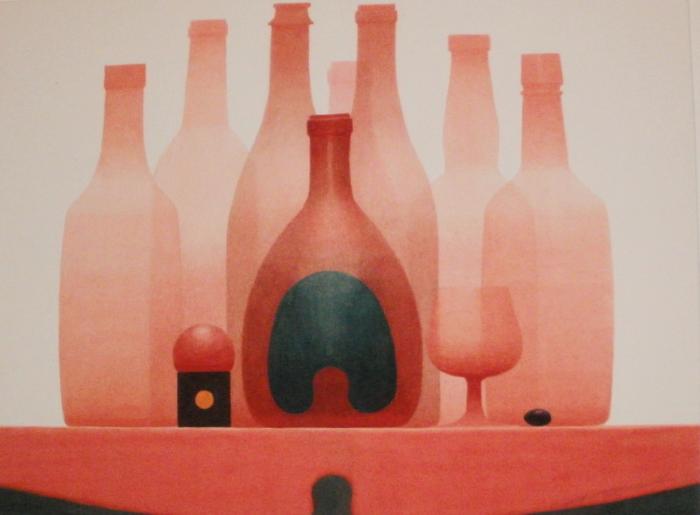 A group of red bottle are stacked together with the center bottle having a dark green pattern on it.