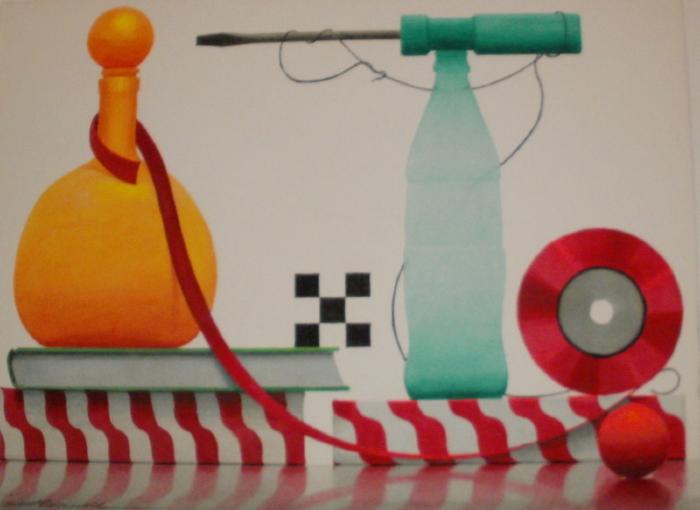 A red ribbon wraps around the neck of a yellow bottle stacked on a green book. These and another bottle with a screwdriver are stacked on separate red and white surfaces.