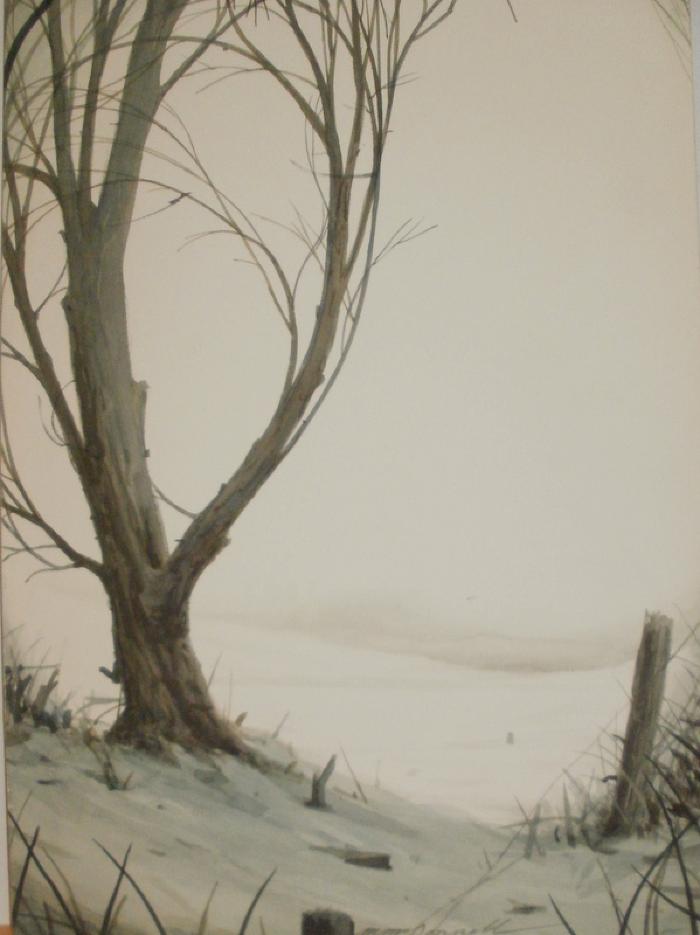 Watercolor on Mat Board

A large tree in a large snow-covered field.