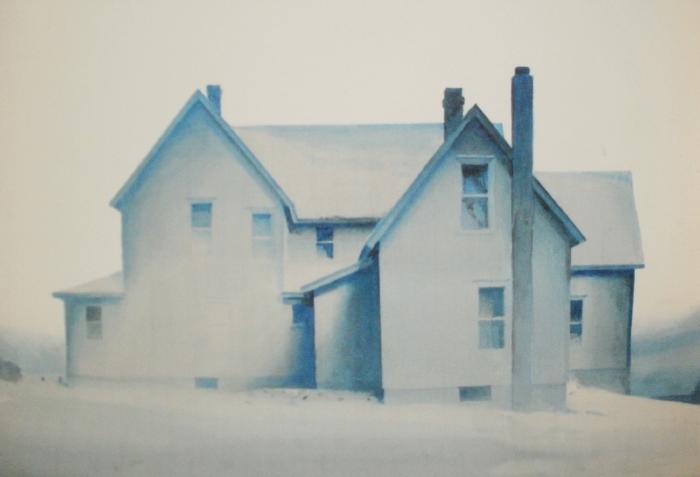 A farm house is depicted in different shades of blue.