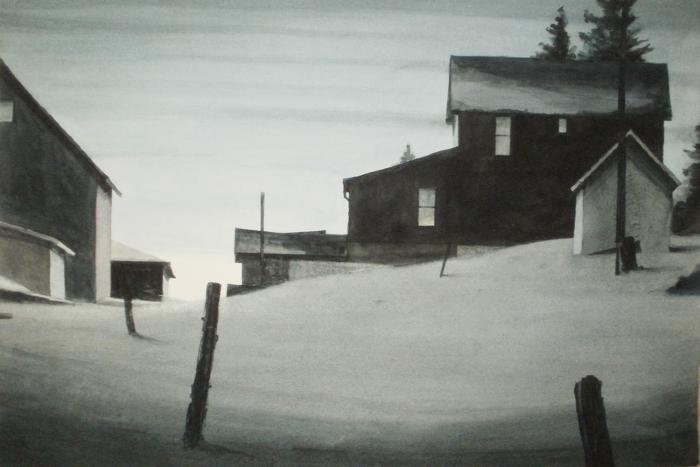 A house is at the top of a hill against a twilight sky.