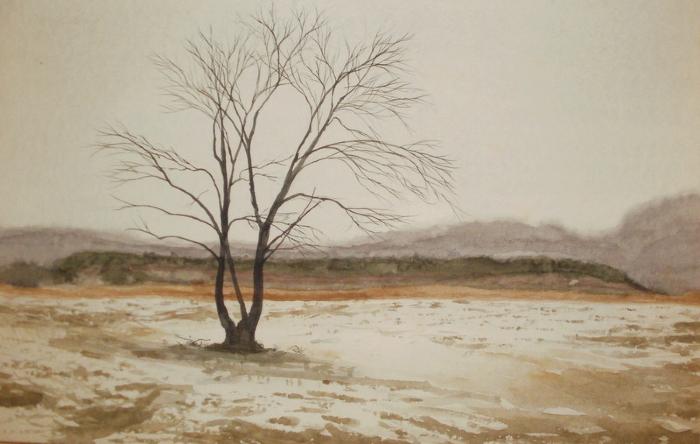 An open field with a light dusting of snow. A bare tree is positioned in the middle of the field.