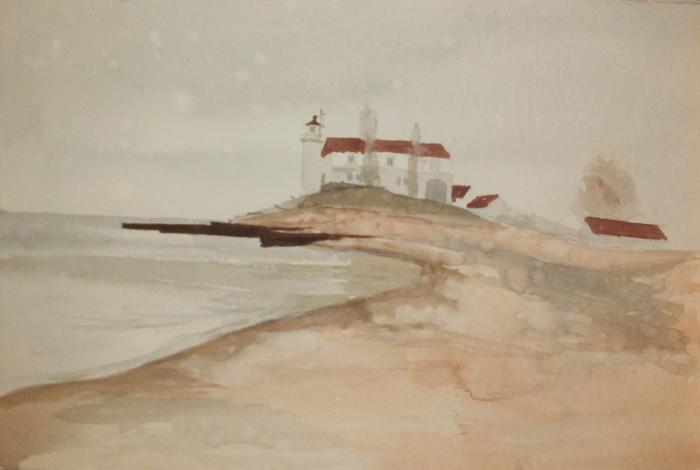 A white and red light house stands on a sandy outcropping over the water.