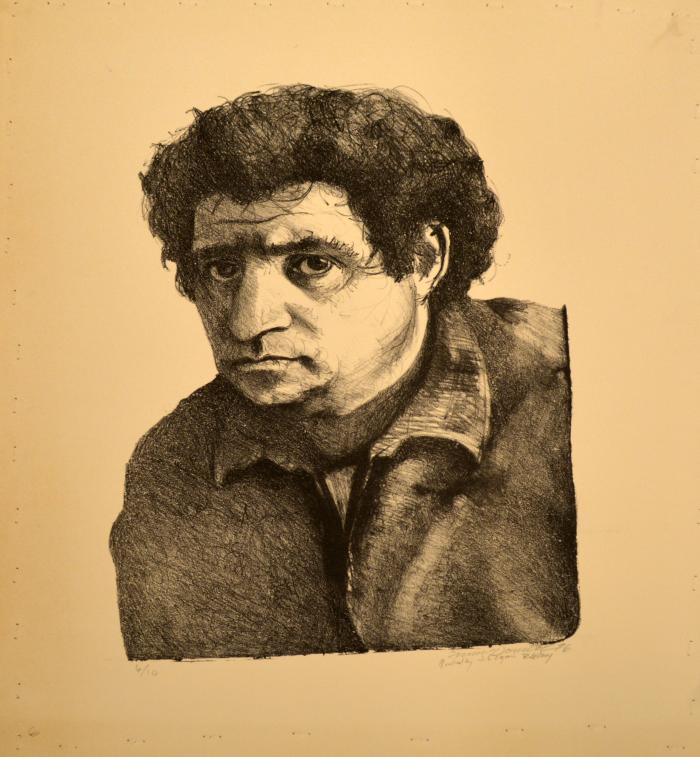 Black and white self portrait of a man wearing a collared shirt.