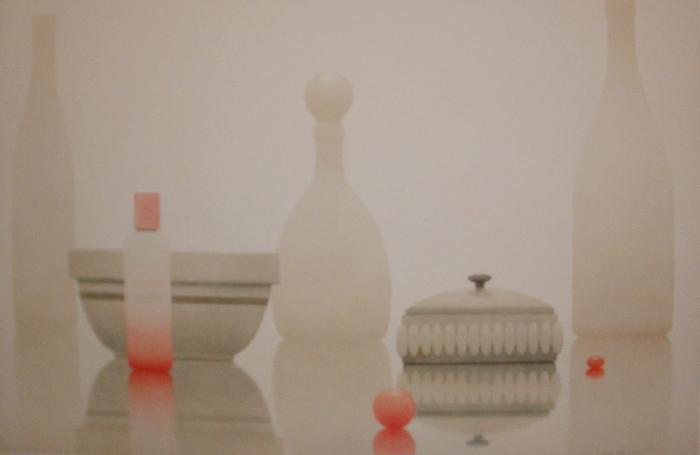 Various tableware places on a mirrored surface. Three objects are pink compared to the grey and white of the rest of the image.