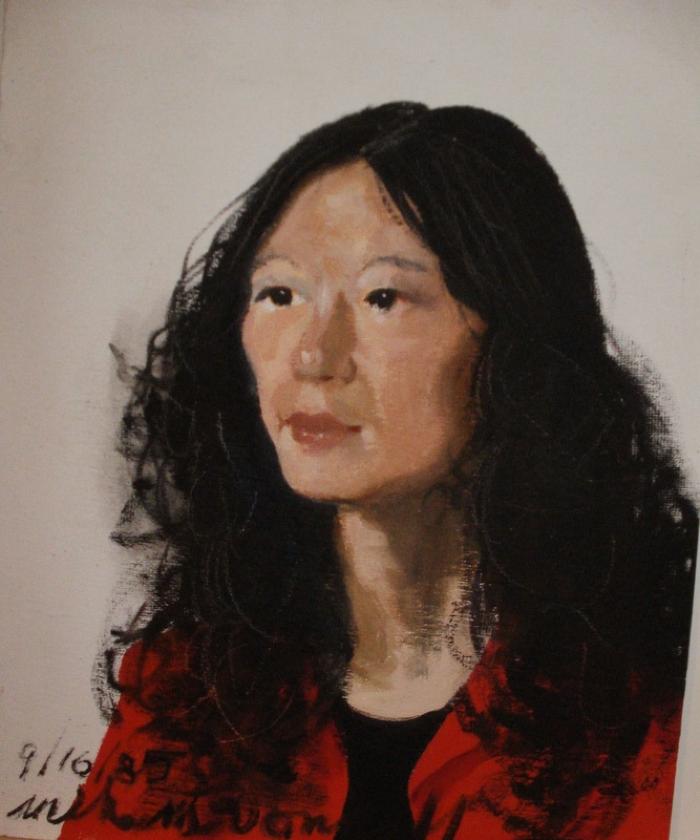 A portrait of a woman with long black curly hair and wearing a red jacket.