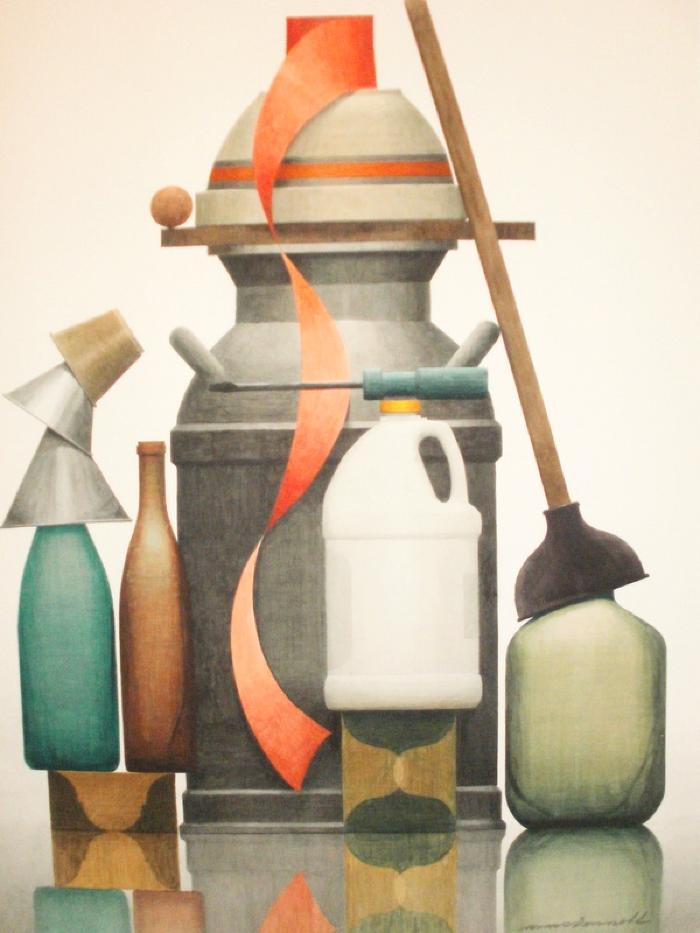 Various home maintenance supplies are stacked up to create a tower. A plunger leans up against the tower.