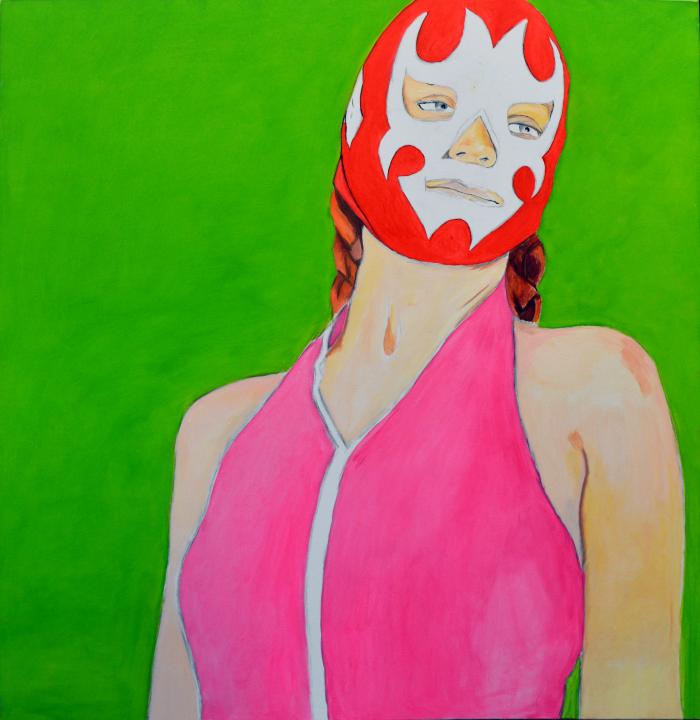 Gift of Charles G. Schoenknecht and Ward A. Paul

Woman wearing a red and white wrestling mask against a bright green background.

Hugo Claudín is a Mexican-American painter of contemporary figuration. He was born in Guadalajara Mexico in 1966, but he migrated to the United States when he was a teenager where he studied art at Kendall College of Art & Design. Claudín's current series of paintings are titled Mexicains Sans Frontieres, which deal with his binational status and the secret lives of undocumented immigrants from Mexico. He uses the Mexican wrestler mask as a metaphor for the unseen communities of undocumented people living in the US that go uncounted and misrepresented in the media by giving them a dignity and cultural richness that is often overlooked. This specific portrait is of Kaleigh Wolf.