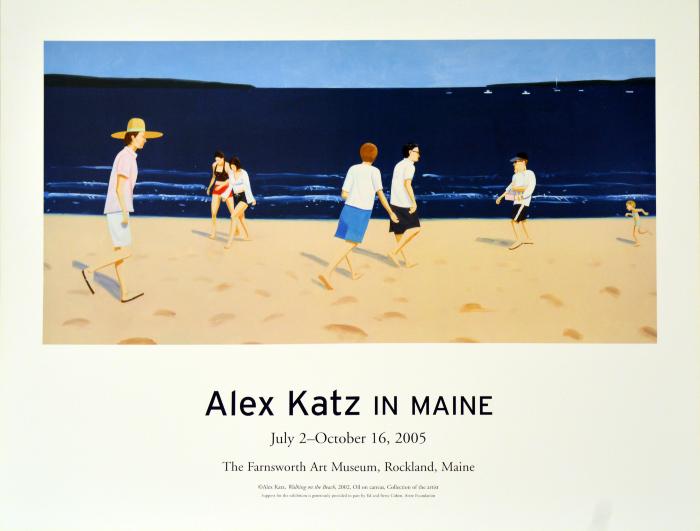 Several people in shorts and swimsuits walking along the beach. A few boats can be seen in the distance on the dark blue water.

Alex Katz is an American figurative artist. He is known for his paintings, sculptures, and prints and is represented by numerous galleries internationally. In the early 1960s, influenced by films, television, and billboard advertising, Katz began painting large-scale paintings divided almost equally into the genres of portraiture and landscape.