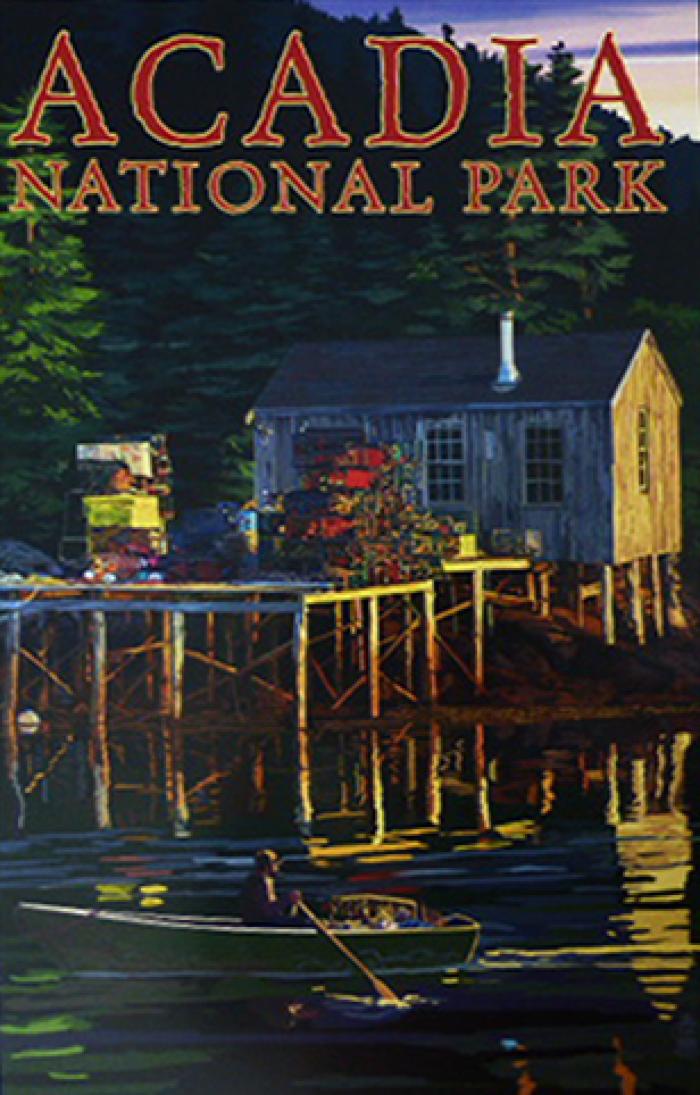 Man rowing a boat on a lake. Behind him, crates and fishing gear are sprawled out on a dock next to a wooden cabin on stilts.

Acadia was first established as Sieur de Monts National Monument in July 1916 by President Woodrow Wilson but then was changed to Lafayette National Park in February 1919 when it became the first national park east of the Mississippi. It was not until January 1929 that it officially was named Acadia National Park.