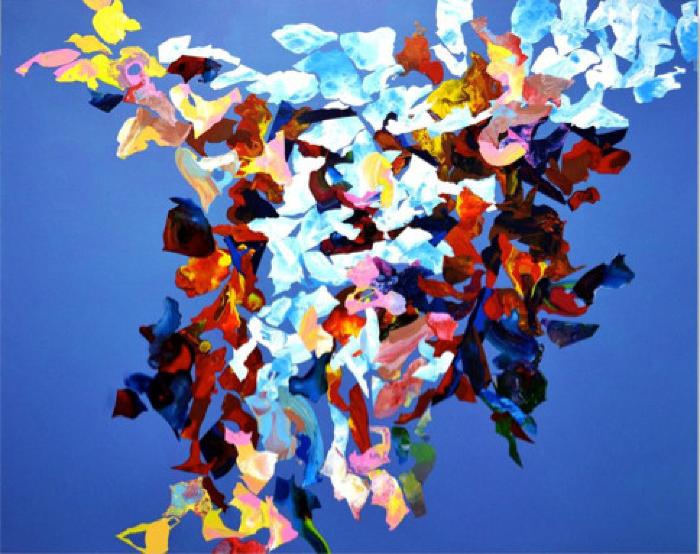 Gift of Herbert and Lisa Murrie

Multi-colored organic shapes, like torn bits of paper form a triangle on a pale blue background.

For over 40 years, Herbert Murrie had a successful advertising and design career based in Chicago, Illinois. As a result of his artistic upbringing and personal drive, he often returned to the studio in pursuit of a more spontaneous and freeing output. Controlled manipulation of paint and color bore witness to his understanding of design, while his process of working intuitively noted elements of the artistic movements he grew up with in the mid-20th century. This painting was first exhibited in Asciano, Sienna in an exhibition titled “Chance,” and later in an exhibition at GVSU titled “Ebb and Flow.” On this work Murrie states he wanted “to send a message of positivity, let us know that a possibility exists even in times of political, economic, and social crisis."