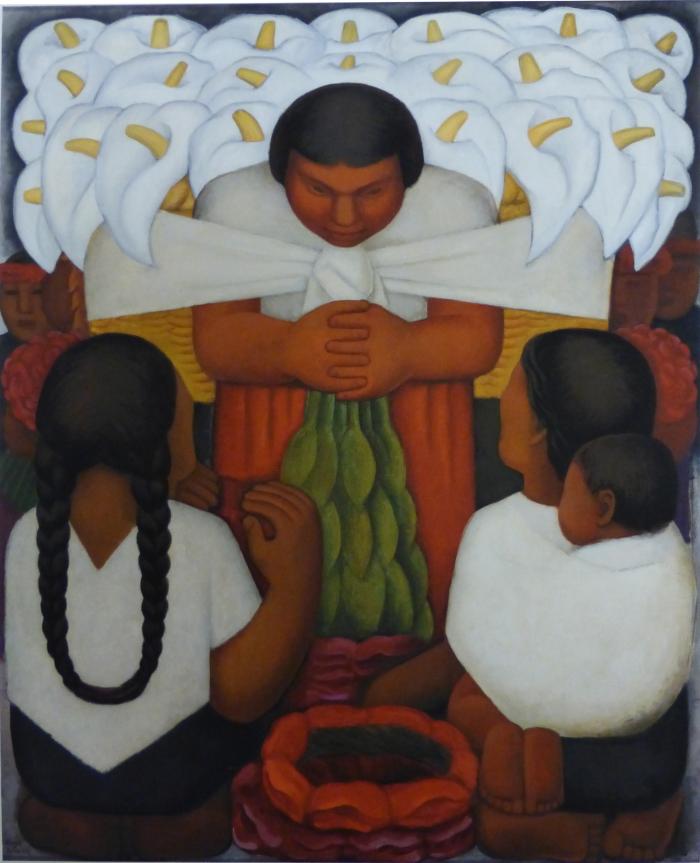 Woman carrying white lilies in a basket on her back. A girl and mother with child kneel on the ground in front of her.

Diego Rivera was a Mexican artist of the late 19th and early 20th centuries known for his large-scale frescoes inspired by the Italian tradition, and for helping establish the Mexican Mural Renaissance. His works composed of simple forms with vivid colors were inspired by both the Cubist movement as well as Post-Impressionism. Many of his paintings and murals reflect his time in Spain, France, and Italy. Rivera painted expansive murals in Mexico City, Chapingo, Cuernavaca, San Francisco, Detroit, and New York City. He was married to the artist Frida Kahlo.